The Erdman Center for Operations and Technology Management (OTM) was established in 1994 to prepare students for the demands of 21st century management responsibilities and provide the skills to compete in a diverse and competitive global environment. 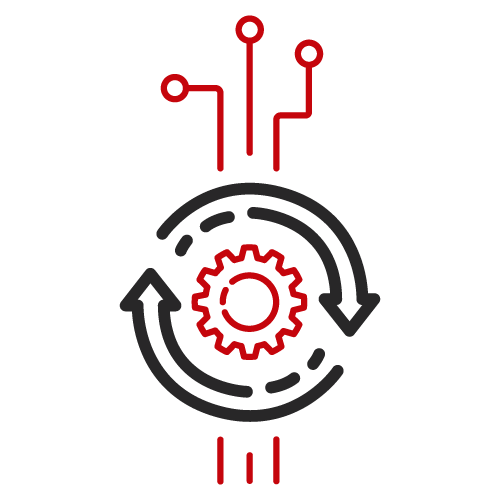 The center is affiliated with the Operations and Information Management (OIM) department in the Wisconsin School of Business, and administers the recruitment, education, financial support, placement, and alumni contacts for all MBA students in the OTM program.

The Erdman Center staff administers the OTM program and the center is the “home away from home” for OTM students. The center has a computer lounge and a conference room for student team meetings, interviewing, and staff meetings. In addition, basic office equipment (phone, fax, printer, copier, scanner) is available for student use. The staff assists with internships and job placements and arranges social and professional activities.

The Center also employs students as project or teaching assistants. It is governed by an interdisciplinary faculty group and is supported by an executive advisory board.

Why Erdman Center at the Wisconsin School of Business?

Become recognized as a provider of transformative educational experiences and supporter of world-class research in operations and technology management.

Develop leaders and lifelong learners equipped to develop, implement, and improve solutions to global challenges in operations and technology management.

Support faculty and student research on the theory and practice of managing operations and technology.

Erdman Center plans began in the summer of 1992.

The center was approved by the University of Wisconsin–Madison in December 1993, initially as the Erdman Center for Manufacturing and Technology Management. Professor Urban Wemmerlöv became the founding director in February 1994. In July 2004, the center changed its name to the Erdman Center for Operations and Technology Management, as part of a strategic restructuring of the center’s affiliated degree program. In August 2007, another restructuring took place wherein the Information Systems Graduate Program became part of the Erdman Center and was incorporated as a track in the OTM degree.

Marshall Erdman was the founder of two nationally prominent companies–an architectural firm and Techline, a furniture manufacturing company. Marshall and Joyce shared an interest in innovative business practices and a desire to improve the productivity of U.S. industry through cross-functional organizational practices. Support for the center idea was inspired by a lecture based on the book Made in America, the MIT Commission’s report on the status of America’s manufacturing industry and what society and universities can do to help industry regain its former strength.

The contribution by Marshall Erdman, later generously extended by his children Deborah, Tim, Rustin, and Dan, has allowed the School to fill a significant need in business education in operations and technology management.