Each year in the Introduction to Entrepreneurial Management for non-business majors (MHR 322) course the students are able to apply what they are learning on a class project — coming up with ideas for a simple T-shirt design, developing a marketing plan and selling it to their target customer segment.

In this class, students learn the basics of entrepreneurship by covering topics like founding teams, assessing ideas, customer discovery and investors in new ventures.

This year in MHR 322, three students, Enrique Banez, Drew Cobin, and Shaun Luce, took the task of designing T-shirts close to the hearts of UW-Madison students, faculty, alumni, and fans. They designed a T-shirt dedicated to former chancellor Rebecca Blank who announced her battle with pancreatic cancer earlier this year. In discussing with the former chancellor, they decided that the profits will go to the Carbone Cancer Center.

The three students are all pursuing the Certificate in Entrepreneurship through the Wisconsin School of Business. However, each of them say that they would have never been able to guess the true extent to what MHR 322 has taught them.

“I simply signed up for this class because I wanted to fulfill a requirement. I didn’t know that there was a T-shirt project or that this class was going to be as enriching as it was, but I was pleasantly surprised” says Shaun Luce.

“What we do is not just reading from a textbook and regurgitating that information onto an exam. We do real projects that challenge students to think and act like entrepreneurs” reflects Drew Cobin.

The T-shirt project is the main group project in MHR 322. Groups are put together and tasked with developing a shirt to sell to customers. For this group, the process looked much as you would expect.

“We had a brainstorming session where we talked about what kind of ideas we wanted for our shirts and came up with the general consensus that if we were doing something with the Madison community and we are selling shirts to the Madison community, we need to find a common interest that all of them have. That’s when we thought of Becky Blank, a really important figure at this university, and knew that was the direction we wanted to go in” says Drew Cobin.

After that, the group got to thinking about ways in which they could make a positive impact with this idea, and considering the recent news of Becky Blank’s cancer diagnosis, aiming their project towards the Carbone Center was a no-brainer.

“With the help of Professor Olszewski, we got in contact with Becky which was really special and meaningful for all of us. She responded that the Carbone Center was the place that she primarily wanted the funds to go. We felt very encouraged to be collaborating with her and the Carbone Center” adds Enrique Banez.

Throughout the process of designing, pricing, and marketing the shirt, the group was able to experience many different aspects of entrepreneurship with a hands-on application of it. “A big takeaway that we took in regards to developing and designing the shirt was product development and how costly things can be and how we could minimize those costs. This project was an example beyond the classroom and beyond the scope of the class. We are all really thankful for that” accounts Drew Cobin.

“Our initial design is so different from what we ended up with. We went through dozens of different fonts and played around with the spacing, size, and colors to get the perfect design. It was tedious, but really showed us how tedious the product development process is. Looking at where we are now, it’s crazy to see the progress and the amount of work that goes into something as simple as a T-shirt” remarks Enrique Banez.

After paying for the cost of the shirts, the group was able to donate just under $1,000 to the Carbone Center to help fund research and further efforts to cure cancer. In addition to this donation they were excited to honor Chancellor Blank and support her as she battles cancer.

“I believe entrepreneurship is all about making the world a better place and this student team found a creative and impactful way to do it via our class t-shirt project. They are great examples of the wonderful students we get to work with at the UW” states Dan Olszewski, Director of the Weinert Center for Entrepreneurship.

As for the three students, all are excited to further pursue their certificate and take more classes similar to MHR 322 through the Wisconsin School of Business. Each student has their own aspirations for entrepreneurship and view MHR 322 as a wonderful stepping stone towards their entrepreneurial endeavors. 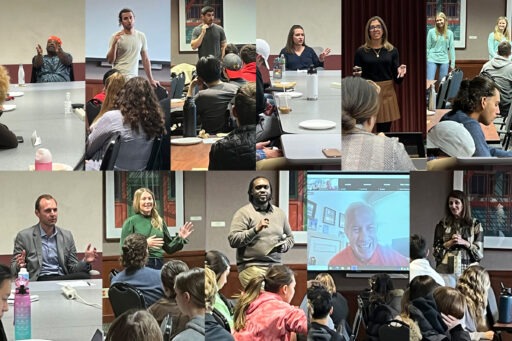 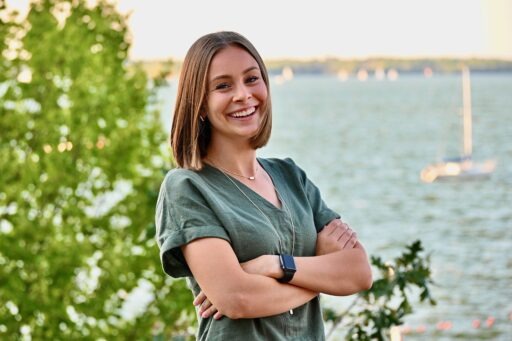 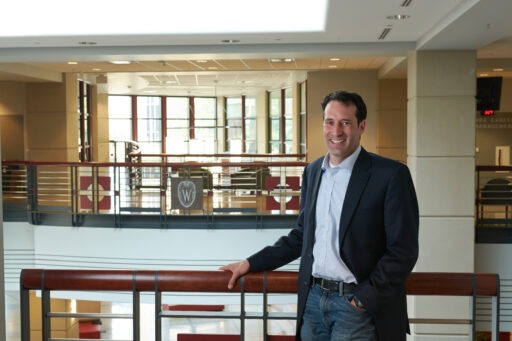