It’s a tricky path to go from being chief financial officer at a medical device company to its chief executive officer, but Laura Francis (BBA ’88) has never let a challenging route keep her from where she wants to go.

Francis is CEO of SI-BONE, a Silicon Valley-based medical device company that is a pioneer in its field of developing minimally invasive surgery to relieve pain in the lower back’s sacroiliac (SI) joint. The startup was founded in 2008 and Francis succeeded its founder as CEO this year. She joined the company in 2015 as its CFO and became chief operating officer in 2018.

“In my industry, the medical device industry as well as most technology industries, it’s pretty unusual for the chief financial officer to become the chief executive officer,” says Francis, whose degree is in accounting. “Tech companies tend to prioritize functional and industry expertise, and a lot of times they will pigeon-hole financial people as bean-counters who don’t see the big picture.”

But a constant quest for knowledge gave Francis the tools she needed to step into the top role, along with communication skills and humility to seek answers to what she didn’t know.

That’s what Francis took away most from her time at WSB. As a first-generation college student, she set a goal to attend UW–Madison after first seeing its campus as a high school sophomore. She got to campus and found out she’d have to take five math classes to get into business school, and an advisor hinted she might have a rough time with that.

Francis took that as motivation. Not only did she get into the business school but graduated with offers from five of what was then the Big Eight accounting firms.

“I had developed a lot of grit from my upbringing and at the UW,” she says. “What I learned very quickly was I could outwork anybody and I still have that attribute today.”

With Dean Sambamurthy, Francis talked about how hard work, setting goals, and a willingness to learn have shaped her career.

Finding perspective. An early mentor to Francis told her that entrepreneurship was like “sliding down the razor’s edge of life.” She interprets that as a line between being excited or being stressed about your work. “I try to walk that fine line myself and when I find myself getting stressed, I try to remember that I am in this extraordinary position to help people and it’s a privilege to be doing what I’m doing,” she says.

Figure out how to stay in the game. Francis has two adult children, and has also had jobs that required her to work long hours or travel worldwide. When her children were small, she knew they were her priority, not her job. “I’m glad I identified opportunities where I could still stay in the game and I wasn’t traveling all the time or working nights and weekends,” she says. “The children grow up so fast. I blinked and they were adults, and the work was still there. My career is more interesting than it’s ever been.”

Diving in as CEO. When she was named CEO, Francis prioritized setting the mission, vision, values, and culture of the business―then the strategic plan. “There were people who thought, ‘Can we just get to the strategic plan?’ But I think we went in the right order because you have to understand what you’re trying to accomplish so when you start making strategic decisions, you can measure your strategic decisions against your mission, vision, and values.”

Small impact, big impact. When Francis became CEO, an employee said she felt the company’s family leave was insufficient. Francis led a change from two weeks for a new mom to eight weeks for any new parent, mother or father, birth or adoption. “I’m incredibly proud of that because I believe we are supporting equality in the home,” she says. “I love thinking about the global impact we can have in health care but sometimes you can make an impact in other ways.”

The Badger Executive Talks series will continue in 2022. WSB’s Alumni Events page features more information about the talks and links to view past conversations. 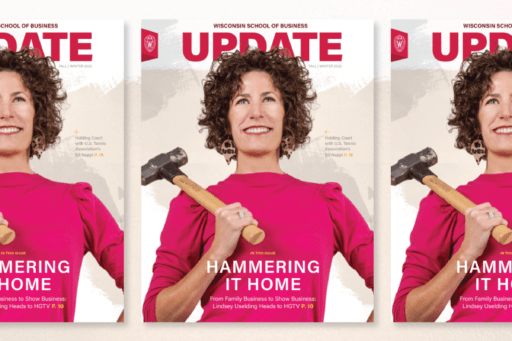 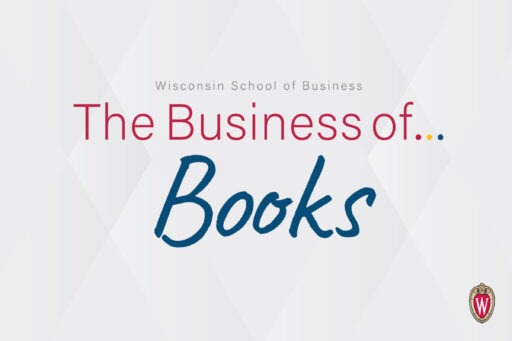