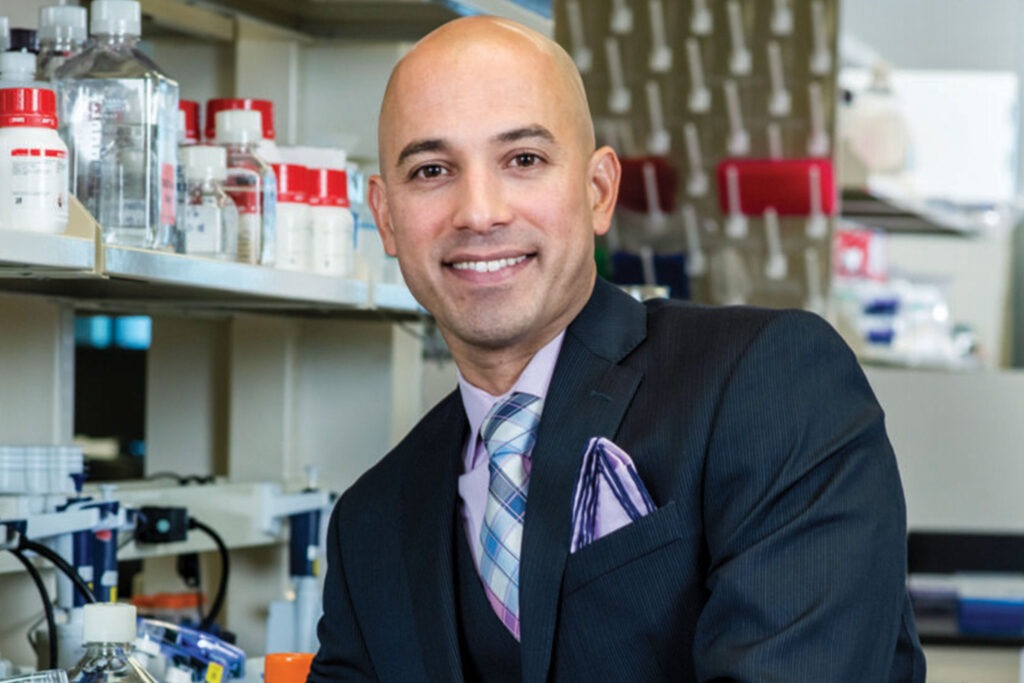 It doesn’t seem as if a trip to a NASA space camp would launch a career that helps in the fight against cancer, but that’s just the journey Luis M. Otero (MBA ’12) has taken. As director of health equity at Exact Sciences in Madison, Wisconsin, he uses his engineering education and his business acumen to develop and bring to market products that provide early cancer detection, including the company’s flagship colon cancer screening test, Cologuard.

The trip to camp inspired Luis to get his engineering degree at MIT, but after working to develop and launch products at Johnson & Johnson he wanted to make a deeper impact solving problems in the field of health care. That led to his decision to pursue an MBA in marketing at WSB.

“It’s all about helping people,” he says. “It’s about having an impact in people’s lives and, in some cases, saving them.”

Luis grew up in Puerto Rico and was living there while working for Johnson & Johnson. He found a different kind of warmth, though, when he came to Wisconsin for the first time.

“It was cloudy, it was grey, it was cold…I fell in love with it,” he says. “I just felt so welcomed by everyone at the business school.”

After career stops at Boston Scientific (Twin Cities), Beckman Coulter (Orange County, California), and EDAP TMS (Austin, Texas), Luis is back in Madison and extends the warm welcome he received at WSB to others. He’s an advisory board member for the Center for Brand and Product Management and helped Exact Sciences create an experiential learning project for Wisconsin MBA students. The Business Badger network is strong, and something he still leans on today.

“Even now there are people I can text and say, ‘Have you ever had a problem like this? How do you approach it?’” he says.