A big congratulations to Michele Boal and Harsha Tipirneni for their recent induction into the Weinert Center Hall of Fame. This award was developed to recognize the gold standard for entrepreneurs affiliated with the Weinert Center for Entrepreneurship and is the highest achievement which can be received. Both Michele and Harsha are being recognized for their outstanding accomplishments and contributions to the Weinert Center and entrepreneurial community. The pair represent just the 12th and 13th inductees since the award began in 2003. Dan Olszewski, director, made the announcement on stage during the Weinert Center luncheon after the WAVE Board meeting to an audience of current students, program alumni, and board members.

Michele is a co-founder of the marketing and advertising technology company, Quotient Technologies (NYSE: QUOT) (formerly Coupons.com) and previously served as the company’s Chief Philanthropy Officer from 2011 – 2017. While at Quotient, she started Coupons for Change, a charitable giving program supporting non-profit organizations.

Michele is currently the Founder and Chief Executive Officer of Kadima (translated – Let’s move forward). Kadima, still in its infancy stage, is designing products that empower women to move forward each day with confidence and self-expression. Michele graduated from Wisconsin with a bachelor degree in Journalism & Mass Communication. Read More

Harsha is a Managing Partner at Aryabhatta Ventures that focuses on real estate, construction and its support activities. Before returning to India, he was associated with a startup company that spun off from the Mechanical Engineering department at UW.

Harsha has an MBA and MS (International Business) from UW-Madison and was a part of the Weinert Applied Ventures in Entrepreneurship (WAVE) program. Harsha also has a Master in Commerce and Bachelor in Commerce (Honors) from Osmania University, Hyderabad, India. Read More

The Weinert Center is pleased to honor these amazing individuals and is thankful for the positive impact Michele and Harsha have had on the entrepreneurship landscape over the years. 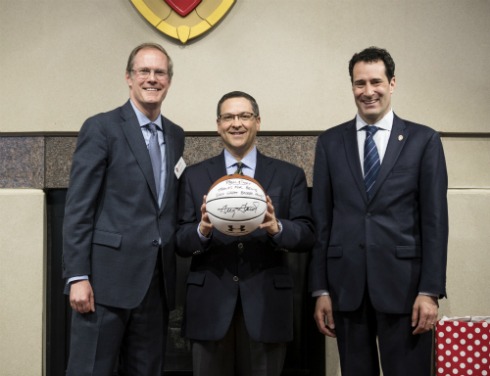 Paul Shain Inducted into the Weinert Center Hall of Fame