Adolph Okine, a first-year Ph.D. student studying actuarial science at the Wisconsin School of Business, took an innovative statistical approach to predicting the negative effects of climate change on agriculture, and it paid off. He and his co-authors recently won the Best Paper Award from the Journal of Insurance Issues (JII) and The Center for the Study of Insurance Regulation (CSIR) at St. John’s University’s School of Risk Management, Insurance, and Actuarial Science in New York, New York.

The paper, “Drought Triggered Index Insurance Using Cluster Analysis of Rainfall Affected by Climate Change,” introduces a formula for developing an index-based insurance product that could help mitigate risk for farmers in developing countries that are impacted by weather patterns, such as Okine’s home country of Ghana.

“Farmers in developing countries need a safety net, as government and foreign aid is not reliable or sustainable,” says Okine. “Agricultural insurance products seem to be one way to provide stability. I’m proud to have worked on a project that has the potential to help countries like Ghana that depend on agriculture attain economic independence.”

Agricultural farming represents 44 percent of Ghana’s GDP, and recent decreases in rainfall have taken a toll on farming, as they have in other developing countries. Farmers can use agricultural insurance to offset crop losses, but the transaction costs of traditional insurance are too high.

Index-based insurance, on the other hand, offers protection at a lower price point because they pay out only if rainfall levels hit a certain trigger, cutting the costs associated with investigating losses listed in traditional claims.

“Many people are excited about the potential for index-based insurance policies to help mitigate the risk farmers face in developing countries,” says Okine’s advisor, Justin Sydnor, associate professor of actuarial science, risk management and insurance. “The appeal of these policies is that they offer people protection in the form of insurance payouts based on measures of the amount and timing of rainfall in the area. That type of plan is much cheaper to deliver compared to standard insurance policies in the U.S. that require claims adjusters to come out and verify individual losses.”

Index insurance plans only work if the index that is used to determine whether or not a payout is made is actually a good indicator of whether the farmer’s crops failed or not. Therefore, it’s important to get the “trigger point” for these policies right, so that they are paying out at the correct times.

“Our team needed to come up with pricing for the index insurance product,” says Okine. “We were trying to see if rainfall could be used as an index for crop yield. I realized that the trigger that triggers the insurance business was important in pricing, and I wanted to come up with the optimal trigger.”

Prior studies have tended to focus on fairly arbitrary thresholds of rainfall, such as rainfall below ten percent of normal. Okine took a more data-driven approach and used a clustering model to determine an optimal trigger in rainfall for drought identification. His team then applied cluster analysis to separate groups with similar rainfall characteristics, including crop yield, to construct a drought trigger. This approach uncovered a unique threshold for rainfall that is strongly correlated with crop yields in each of the districts they analyzed in Ghana.

Okine’s team also noted that because drought is a recurring scenario, farmers should be encouraged to explore other methods of farming, such as drought resistant seed, in order to decrease their exposure to crop loss.

“Adolph and his co-authors’ method of using data to decide where the trigger points for index policies should be is an important and practical step toward improving the quality of these plans for people in Ghana and throughout the developing world,” says Sydnor. “He is using cutting-edge statistical techniques to answer important questions in insurance and has the passion to apply his skills and knowledge to help his home country of Ghana.”

Okine and his co-authors presented the paper in a research symposium in conjunction with the CSIR’s annual conference on insurance regulation in New York City on October 15, and the paper will be published in the March 2016 issue of the JII. 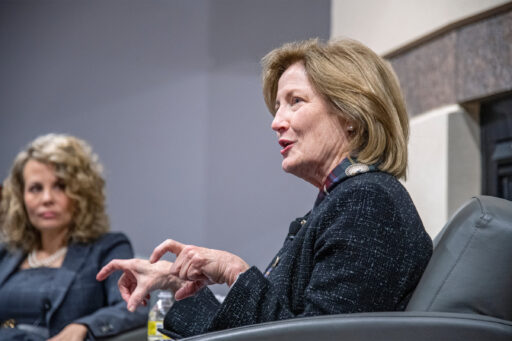