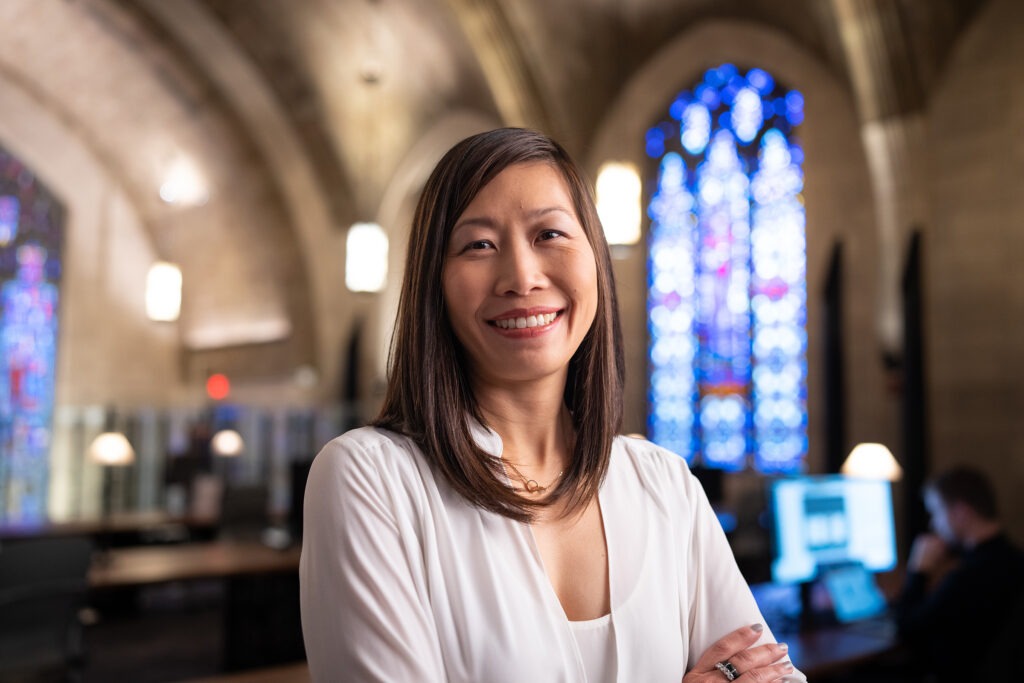 Cynthia Chu (BBA ’99) is chief financial and growth officer at Audible, the market leader for premium audio storytelling, including audiobooks, podcasts, and Audible Originals that defy genre. By riding technology’s changes over the course of her career, Cynthia has been able to continually pursue the goal that sparked her initial interest in business: problem-solving on a large scale in a way that impacts consumers’ lives.

“When I started my career, digital media barely existed,” she says. “When I mentor younger employees or people who are a year or two out of college, I say, ‘Don’t think that you are on a certain path.’”

Cynthia is active in Audible’s diversity initiatives. The company’s inclusion philosophy is “spectrum and belonging.”

Cynthia’s path continues to take her to unexpected places, even within her current role that extends beyond the CFO’s global finance and accounting role. She also oversees Audible’s corporate strategy and development team, the business development/strategic partnership team, the fraud and business assurance team, and the marketing team.

“I keep telling people that I’m a jack-of-all-trades, and I think that goes back to a lot of things I learned at school,” says Cynthia, reflecting on what she gained being part of a diverse student body and taking courses as varied as accounting and literature.

“I appreciate the variety of things Wisconsin provided,” she says. “The university made me a well-rounded individual and professional. My life is not defined by just one function.”

Various consumer-facing companies appealed to Cynthia when she graduated but she chose to go into a two-year financial management program at GE because of the variety of roles in which she could gain experience. After completing the program, she joined GE’s corporate audit staff. She traveled the world working with a range of industries and then the course of her career changed when she was tasked with doing due diligence on GE’s acquisition of NBCUniversal.

Being ready for surprises, challenges, and career turning points helped Cynthia immediately when she arrived at Audible. The company was growing and evolving quickly, and two weeks into her new job she was asked to also take over the company’s disparate analytics and data science teams and build a global function.

“You’re never going to be ready for your next thing,” she says. “It goes back to problem-solving and being analytical. I break the problem down into pieces that I can solve. That’s a skill set that to this day helps me.”

Recently, Cynthia helped lead a major product launch at the company—Audible Plus—which created a new lower-priced membership tier. The genesis of the new membership was a pricing study Cynthia had commissioned, which led to a reassessment of the product line.

Cynthia approached the launch the same way she has approached products throughout her career—with the consumer in mind. While at NBCUniversal, she’d watch programs from the point of view of the consumers. With Audible, she’s continually on the app to understand it as a customer and matching the experience to what the data says about how consumers are using it.

“That’s what I think the real CFO job is—helping the business leader and building the business from what the data is telling you,” she says. “From customer behavior data to financial data, you have to be able to connect the dots.”