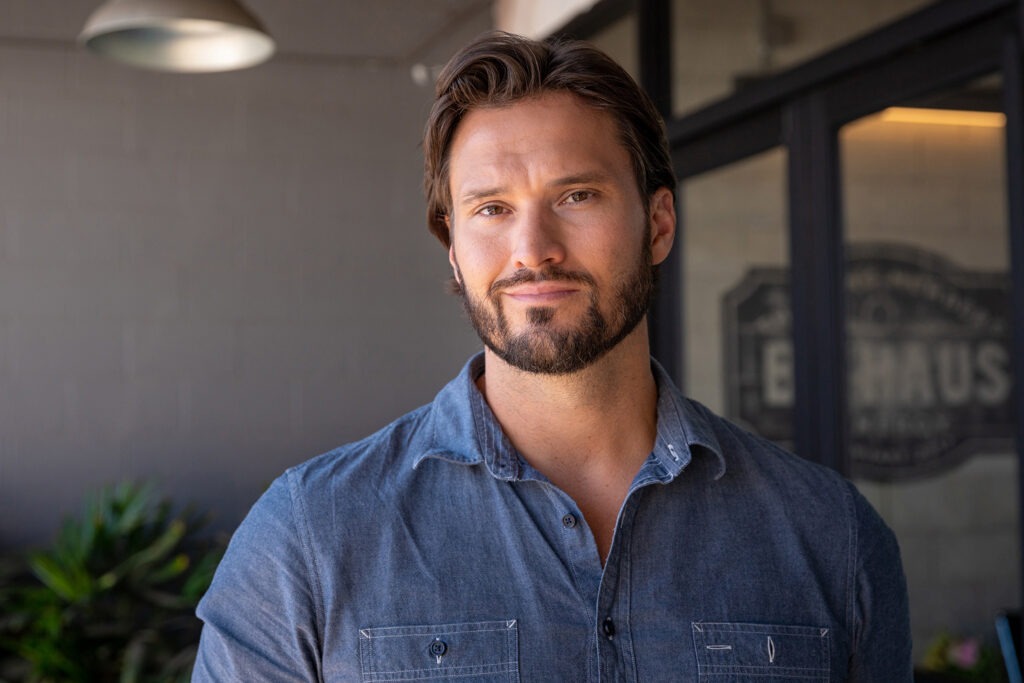 Jake’s titles jump off the page, but his path to making a difference was not a neatly defined 10-step plan. It was hard work, Midwestern grit, and enduring confidence that led Jake to who he is today—a startup CEO with $15 million of seed funding and an idea that could shake up the world.

Jake is the author of Once a Warrior, a memoir and Take Command: Lessons in Leadership: How to Be a First Responder in Business.

Jake’s UW–Madison career was highlighted by his role on the football team. He still draws upon his time with the Badgers for inspiration in leadership and team-building.

After completing his degree from the Wisconsin School of Business, Jake’s culture-driven work continued with the Marine Corps, a military branch known for its intensity and pursuit of excellence. He then took his military background and called upon his fellow veterans to start Team Rubicon, an organization that emerged from the desire to help in the aftermath of Haiti’s horrific 2010 earthquake. What started as a group of eight veterans grew and transformed into a global force that not only helped people in need, but gave veterans a new opportunity to use their skills and give back.

That leads to where Jake is today—the founder of another organization, Groundswell, that is furthering Jake’s mission of building strong cultures, giving back, and solving large-scale problems.

Groundswell’s goal is to democratize philanthropy.

“On New Year’s Eve my wife and I went to bed at 9:00 p.m., and we woke up to feed our newborn. Just before midnight I realized that my wife and I hadn’t made any of our year end charitable contributions that we like to make,” says Jake.

“I cursed under my breath that I didn’t have a donor advised fund to just dump money into and then figure out where to send it later. And then I cursed louder because I realized only an exclusive group of wealthy people have access to donor advised funds.”

That’s when Jake remembered a bit of advice he had received from a serial entrepreneur friend: Take things that only rich people have access to and make them available to everybody else.

Jake is now building a company around that idea.

Groundswell gives everyone the ability to create their own personal foundation via an app. It’s packaged as a corporate benefit and sold to companies as a new component of their benefits strategies. A company will roll it out, similar to a 401K, so that in addition to workers’ base bonus equity, they’ll receive money to execute their own charitable giving.

The company is still in its infancy, but Jake is driven to make Groundswell a success, and will look back at his various other careers to build company culture and persist in the face of challenges.