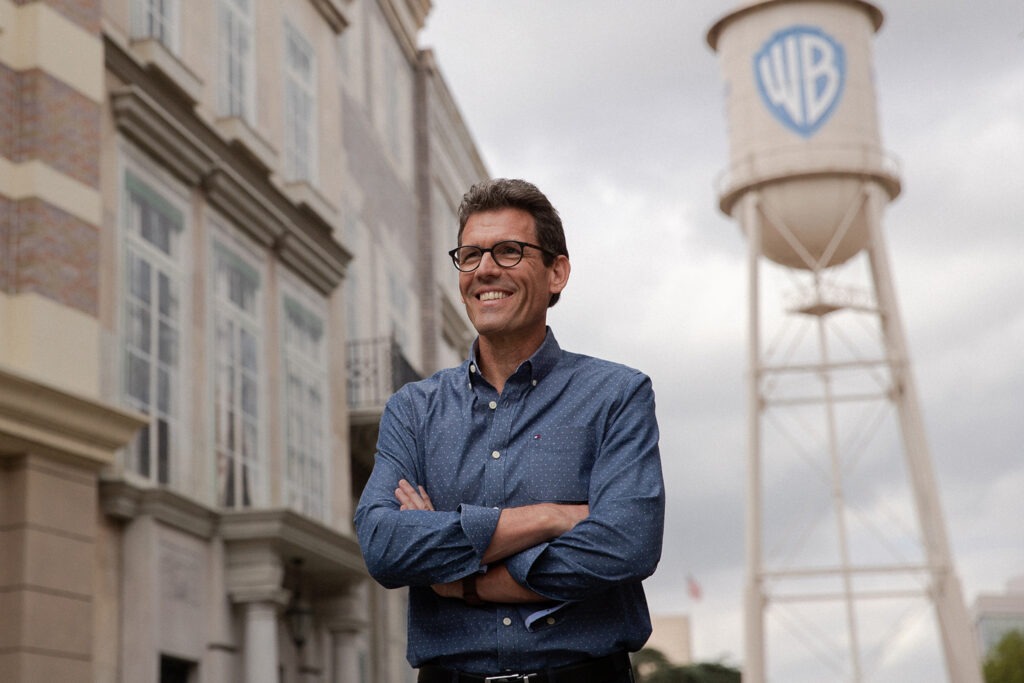 Jim Wuthrich (BBA ’86) works at the nexus of technology, creativity, and business. As a president at WarnerMedia, he is an intrapreneur within one of the world’s most watched brands.

Driving innovation in the entertainment industry, Jim defines himself as a “behind the scenes” kind of person. He can often be found walking between the sets and sound stages on the Warner Brothers production lot in Los Angeles.

At WarnerMedia (formerly Warner Brothers), Jim pioneered the company’s internet strategy. He’s used his entrepreneurial instincts to drive business transformation, lead the company’s digital licensing and video game businesses, and forge powerful corporate partnerships with companies like Amazon, Apple, and Walmart. He also helped launch innovative events like the release of The Matrix on DVD, which included a live interactive chat with the film’s creators (in 1999!).

Jim has been business-minded since he was a six-year-old in Verona, Wisconsin, selling earthworms to local fishers. After some factory and pizza delivery gigs in high school, Jim started his BBA at the Wisconsin School of Business, and learned everything he could in preparation for a career as a business leader.

After a life-changing internship at Hallmark and five full-time years at the card maker’s headquarters in Kansas City, Jim decided he wanted to live in Portland, Oregon. He packed up and left without a job and soon joined a tech startup that was one of the earlier innovators in CD-ROMs.

Jim is the vice chair of the Los Angeles County Bicycle Coalition, an organization that works to make LA more bikeable. To Jim, the bicycle is a form of freedom.

As CDs grew and DVDs and the internet emerged, Jim became a leader in the industry. He accepted a role in Hollywood in the DVD and content distribution business. He wasn’t driven there by the stars or the celebrity, but the magic of the creative process and the challenges of entertainment’s industry have enthralled Jim since. He found a niche as a disruptive voice within WarnerMedia, and he’s been there for 20 years.

“Entrepreneurialism has been at my core, but if you look at my career most of my time has been spent in large organizations,” says Jim. “My superpower is I can work within these large organizations, and I can scratch my itch of creating new things and pushing boundaries.”

As an intrapreneur, Jim seeks moments that change industries and impact consumers at a large scale. To make people dream and define what’s next. To be trusted to lead when there is no blueprint.