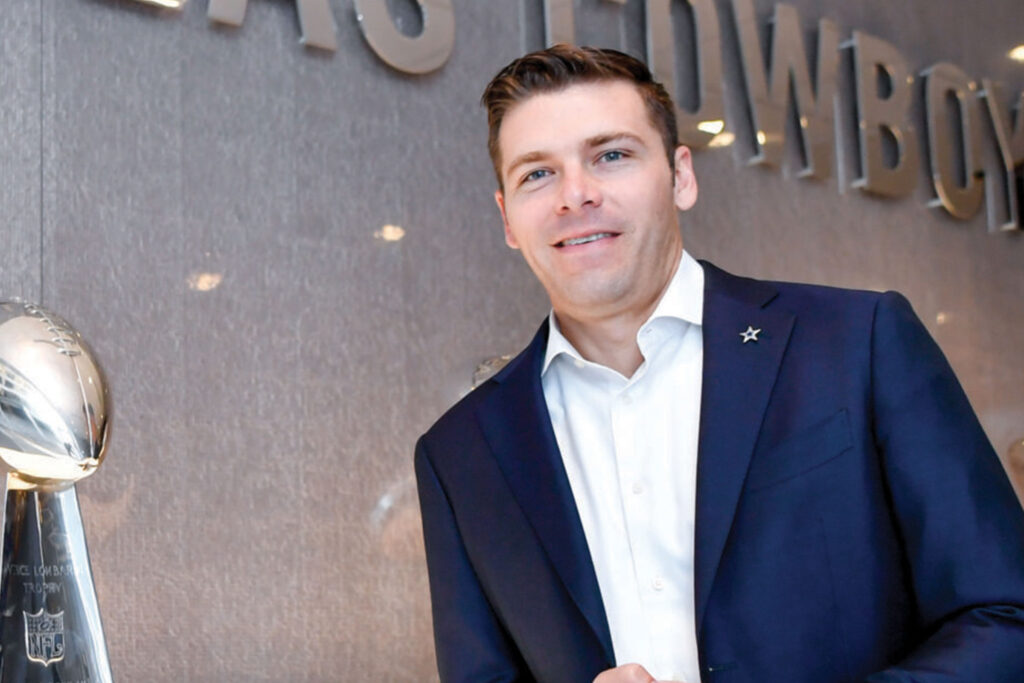 Joe Simler (BBA ’08) gave up a lot of the social “extracurriculars” that come with college life, but he has no regrets. He spent much of his time doing the things that gave him a leg up in creating the career he loves.

Joe is senior manager of corporate sponsorships for the Dallas Cowboys. The NFL team has been rated by Forbes as the world’s most valuable sports franchise, worth $5 billion. He plays a key role in helping the team generate revenues.

“It’s anything related to the team,” he says. “Signage inside the stadium or our headquarters, radio advertising, mobile and digital advertising, use of the logo. Our most valuable asset is the Cowboys’ star.”

Joe came to college set on a sports career. He worked every football game as a member of the guest services team, waking up early to get to Camp Randall Stadium by 7 a.m. There were also hockey games, men’s and women’s, and he estimates he worked at least 200 games of some kind.

Along the way he sought out mentors and advice. And there was another key component that helped Joe build his career—his business degree.

“When you’re in the sports industry, it is a business,” he says. “It’s important to have classes like accounting and finance, to balance a P&L. A lot of what I learned when I was getting my marketing degree still translates to what I do on a daily basis.”

The pressure of the sale gives Simler an appreciation for what players experience, though they’re on TV and face far more public scrutiny.

“Teams focus on revenue-generation and sales,” he says. “It’s still a business and you have to be able to perform.”

Read about how Joe Simler and other Business Badgers have built their careers in sports.