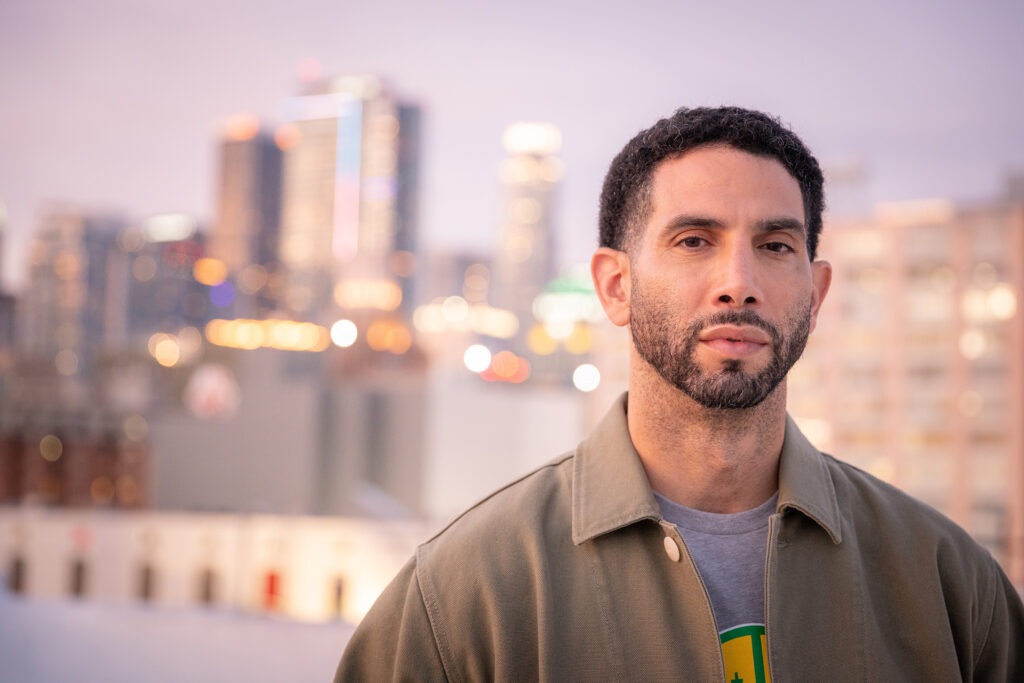 Sennai Atsbeha is building culture and making history with Gymshark

Sennai Atsbeha (MBA ’09) moves at the speed of culture. He understands what’s happening with youth, sports, and technology and marries that with a rich understanding of branding and how to move businesses forward.

LA is central to Sennai’s life and work. To him, the city’s cultural influence and access to fitness are second to none.

Today Sennai is the VP of Brand Marketing at Gymshark, a fast-growing, UK-based athletic apparel company, brazenly going after market share in a space full of mammoth competitors. He leads Gymshark’s brand growth, establishes a deep relationship with its consumers, and mentors a team on the ground floor of a company that is shifting culture and connecting with people in a new way.

Sennai’s background as a basketball player influences his career approach: working hard, collaborating, and lifting teammates up to go after a shared victory.

“I love the ability to win with teammates,” says Sennai. “At this point in my career, I love winning with individuals that I’ve helped evolve or develop, and really give them some of the shine that they deserve. I take a lot of pride in helping elevate their performance,” says Sennai, describing his growth from being a player to becoming a ‘player-coach.’

Sennai’s career in the athletics space began during his MBA at the Wisconsin School of Business, when he interned at Nike. He then graduated into a job market marred by the 2008 financial crisis, and fully broke into the sports business world with a job leading marketing for ESPN’s distribution group.

There, he was on the inside of the sports world’s first forays into streaming content. He got in the room with now streaming giants Netflix, Hulu, Amazon, and YouTube to lay the groundwork for the future of sports viewing.

Sennai’s most transformative role was at Beats By Dre, where he led every sports-based campaign the company had over the course of his three years with the headphone company. He got to be much closer to the consumer than he had ever been before, and gained an unparalleled experience in branding, marketing and cultural impact.

After landing back at Nike leading ten categories and further seeing the impact a brand can have on people, Sennai took on a leadership role at Gymshark. He had only briefly heard of the company, but as he dug into its story, he knew he could fully embrace the legacy they were about to build.

“Gymshark really owns this space of holding ambitions you have no right to hold,” says Sennai.

Gymshark is an inclusive brand that cares about building communities and exists at the intersection of aspirational and relatable—a brand about empowering everyday people to put in the work to achieve their fitness goals.

“I’m now living in history with Gymshark,” Sennai says. “I know it, and I appreciate it, and I take it very, very seriously.”