The emergency department is buzzing. Patients await care. A doctor looks at the electronic trackboard and chooses whom to see next among patients with a variety of complaints.
Does the doctor choose the patient with an undetermined abdominal problem who is next on the list or skip to one further down who has a simple wrist injury? Do choices like that leave patients waiting for no other reason than the doctor didn’t choose them because of their complaint?
My paper, “Cherry Picking Patients: Examining the Interval Between Patient Rooming and Resident Self-assignment” published in Academic Emergency Medicine, co-authored by Brian W. Patterson, Morgan Wilbanks, Erkin Otles, Mary Westergaard, and Manish Shah of the BerbeeWalsh Department of Emergency Medicine at the UW–Madison School of Medicine and Public Health, examines this disparity in “pickup time,” measuring the duration between when a patient got a room and when the patient was assigned a resident physician, based on a patient’s chief complaint.

We hypothesized that pickup times would vary, and found that to be the case. Though the time gap was only a few minutes and likely would not make a difference medically, the knowledge of its existence could make residents aware of their own bias or perhaps raise operational questions.
Our research used data based on one year of medical records from an emergency department with more than 50,000 visits per year. The medical record records timestamps, among other things, when a patient is placed in an emergency department bed and when a resident takes responsibility for, or “picks up,” the patient.
At U.S. hospitals, patient assignment is predominantly done one of two ways: by physician’s choice or geographically, in which the physician is responsible for a cluster of rooms or beds. In each case, the charge nurse makes the choice to bring in the patient from the waiting room. Trauma patients and critically ill patients bypass this system for immediate care.
In the year’s data that we studied, the median pickup time across all complaints was six minutes. Complaints included such things as allergic reaction, burn, stroke, and injuries to an ankle, eye, knee, leg, or wrist. Complaints that had longer than average pickup times included hypertension, numbness/tingling, abdominal problem, and vaginal bleeding.
The time differential begs the question of why. Are the residents looking for easy patients that they can move through quickly to work on more patients? Is there a bias to treat a patient for whom it’s very clear what to do? The chief complaints for the fastest pickup times, things such as ankle injuries and allergic reactions, are those with little medical ambiguity, or it’s pretty clear what is wrong and how to deal with it. The ones with the longer pickup time are those that are less clear. Abdominal pain is the most common chief complaint in the emergency department and has a median pickup time of six minutes, but a less specific chief complaint of “abdominal problem” has a pickup time that is two minutes longer. Vaginal bleeding, at 11 minutes, is the complaint with the longest median pickup time.
The time range for the chief complaints was four minutes to 11 minutes, with all but three of the complaints having median pickup times of nine minutes or less. So despite the disparity across complaints, residents were generally good at getting to the patients in a timely manner.
Our findings have implications for both operational and educational decisions. The most straightforward application is to make residents aware that these biases occur and for the residents to check their own.
Residents might have an unconscious bias of who they are picking up in the emergency department. If a resident prefers to treat knee injuries, for example, he or she might pick up as many knee injuries as possible but perhaps won’t get as well-rounded an education by doing so. If residents avoid certain chief complaints or circumstances, it could create a deficiency in their education.
Operationally, the research suggests that the method of assigning emergency department physicians to clusters of rooms instead of complete choice on their part might be more equitable. Yet within the cluster of rooms, the physician still would be selecting the order in which patients would be treated.
The general rule taught to residents is to treat by clinical severity, and then within comparable clinical severity you should be treating first-come, first-served. Our research shows that what is taught is not what is always happening.
Our study concentrated on the behavior of residents, who at this hospital are generally the ones to choose a patient, although they are paired with an attending physician. Further research is needed to know if the delay in some pickup times extends to behavior beyond residency. For the time being, just knowing the biases exist could be a valuable part of the residents’ education.
Read the full report, “Cherry Picking Patients: Examining the Interval Between Patient Rooming and Resident Self-assignment,” in Academic Emergency Medicine.
Robert Batt is assistant professor of operations & information management at the Wisconsin School of Business. 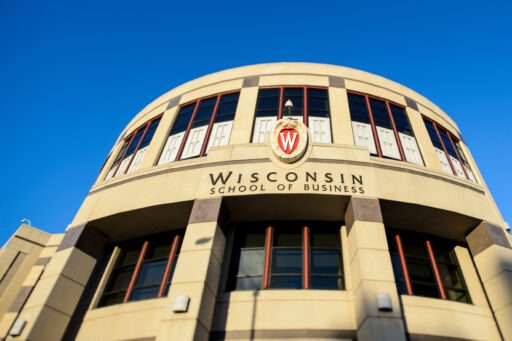