More than 136 people die every day in the U.S. from a prescription drug overdose. This public health crisis has been fueled by the high-risk prescribing of several types of medications, one of which is benzodiazepines (e.g., Valium, Ativan, Xanax). Overdose deaths involving benzodiazepines have increased by more than 700% in recent decades, mainly when combined with opioids. To combat the prescription drug crisis, resources, energy, and policies have ramped up to quell deviant prescribers engaged in overprescribing—physicians who routinely prescribe to patients whose prescription-fill patterns are consistent with misuse or abuse—all with painstakingly incremental effect.

New research by Victoria Zhang, assistant professor of management and human resources at the Wisconsin School of Business, proposes that stacking a high-risk prescriber’s professional network with compliant colleagues could significantly reduce overprescribing.

Benzodiazepines are only legally available through prescription. While many people who misuse prescription drugs maintain their drug supply by getting prescriptions from several doctors, forging prescriptions, or buying them illicitly, Zhang’s new research, published in Administrative Science Quarterly, suggests that the majority of excess benzodiazepines circulating in the current epidemic come from prescribers operating in a moral gray area—inappropriately prescribing under outdated protocols to patients without a history of abuse. These prescribers aren’t intentionally overprescribing, but contribute to 55.8% of over-supplied benzodiazepines. Zhang’s research shows that even bringing in one other compliant prescriber to these “liminal” prescribers’ networks could curb overprescribing in a short period of time. The research highlights that prescribers who are operating within cohesive networks or those with many network connections have lower rates of liminal prescribing.

“It’s your average lonely doctor who is contributing to the epidemic—professionals who have few connections, who are out of touch, underinformed, and overconfident, thinking they know what’s best for their patients,” says Zhang. “New information and guidelines are evolving at exponential rates. That’s why peer learning is so important. Physicians with strong networks are better informed.”

The study—conducted by Zhang and co-authors Aharon Mohliver of London Business School and Marissa King of Yale School of Management—used 213.9 million mental health prescriptions from a commercial database, IQVIA’s LRx (which covered about 65% of all retail prescriptions in the United States from 2005–2008), to construct physician networks. The database contains physician attributes (age, gender, specialty, medical school, graduation year, and three-digit zip code) and detailed information for each prescription. They chose to study benzodiazepines since generic and inexpensive versions were widely available in the U.S. at the time of the study, minimizing concerns that the models capture unobserved sales efforts by pharmaceutical companies.

This study’s findings have implications across a large swath of industries. Large-scale or rising cases of misconduct across many contexts include widespread problems with corporate audits, subprime mortgage lending, and surging rates in the retraction of academic papers.

“When people think of misconduct, they think of bad apples,” says Zhang. “They assume the underlying problem is caused by deliberate corruption, criminality, and unethical behaviors. But this is only a small fraction of the problem. Bad apples are unlikely to generate problems of this scale. That would be assuming that most people are unethical, which is not the case.”

Zhang continues, ‘Our work shows that professionals who are loners—people who have few connections, who are out of touch with the best practices—are the invisible and overlooked agents fueling the prescription drug crisis. Addressing the escalating prescription drug crisis will require strategies targeting the unique network-based mechanisms underlying these inappropriate practices.”

Read the working paper: “Where Is All the Deviance? Liminal Prescribing and the Social Networks Underlying the Prescription Drug Crisis,” released by Administrative Science Quarterly.

Victoria Zhang is an assistant professor of management and human resources at the Wisconsin School of Business. This study is part of her dissertation work.

Media inquiries can be directed to Leiah Fundell at leiah.fundell@wisc.edu. 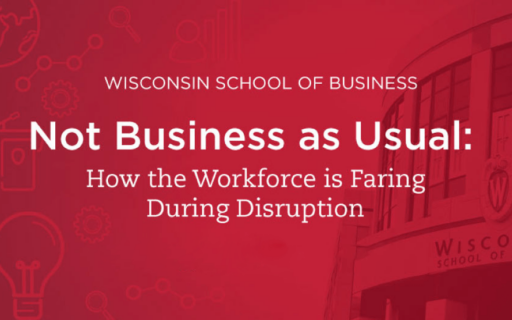 COVID-19 and the American Workplace: A Conversation with Wall Street Journal's Lauren Weber and WSB Faculty 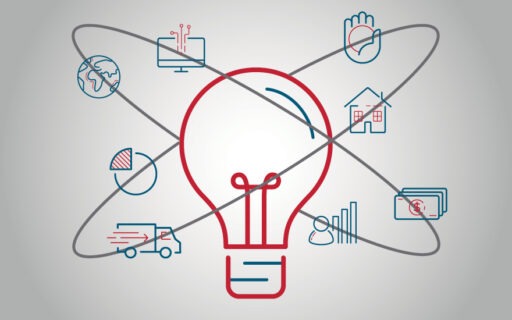