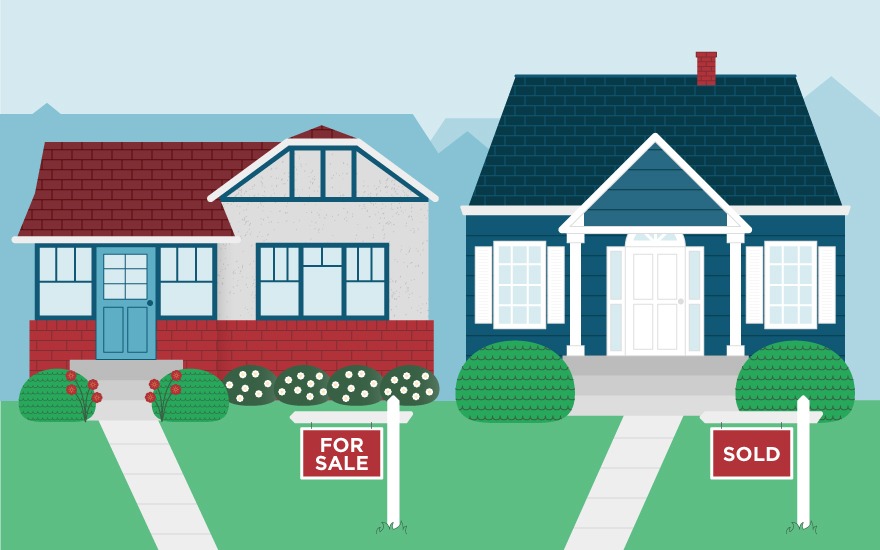 Prior to moving to Wisconsin, I was living and working in the Baltimore area. At the time, my husband and I were house hunting, but we weren’t getting anywhere with our bids. The housing market was hotter than I expected for a potential home buyer, and we could barely squeeze through the door at the crowded open houses we attended. Our luck changed several months later when we found a great neighborhood where the prices were temporarily depressed due to overbuilding. (In a “truth is stranger than fiction” twist, our seller was a real estate agent, and the irony of a real estate professor buying a house from a real estate agent wasn’t lost on us).

A year later when we were ready to move, house values in the area had caught up. We went about the sale process in an “auction,” opening a bidding session where we accepted three offers before selecting a final one. I happened to be finishing my study on the housing auction process at the time, so it felt strange yet exciting to unexpectedly live it out in real life.

Only recently has real estate research looked at bidding as a type of interaction taking place in the housing search process. My interest was in exploring whether bidding as a sales mechanism increases fluctuation or volatility in house prices. In an auction format, a homeowner can facilitate a bidding war among prospective buyers, where competition among buyers increases the home’s selling price. In a one-on-one bargaining format, the seller chooses a buyer randomly from among other interested buyers. Rents, incomes, and other fundamentals of the housing market obviously all matter, but my hypothesis was that these factors alone do not account for price fluctuation and volatility; increased competition via bidding might.

I tested this idea by using house pricing data from Zillow and Redfin for the Los Angeles Metropolitan Statistical Area from 1996 to 2016, and running it through two models. The first one was a dynamic model I developed that allows for bidding and can explain the behavior of house prices over time; this study is the only one that I am aware of that uses a dynamic model. I then used a second model, a benchmark model that examined the same data using one-on-one bargaining.

The results of my study showed that competition among buyers affects price fluctuation. Using an auction mechanism produces greater competition among buyers, thereby producing greater volatility in pricing that gives sellers a potentially higher house price than what they would receive in a one-on-one bargaining situation. The dynamic model can capture other aspects of the housing market as well, such as boom and bust periods. For example, during a boom, multiple buyers compete for a single house; conversely, during a housing bust, multiple buyers choose among multiple homes. While the traditional wisdom argues that auctions work best during booms and one-on-one bargaining is optimal during busts, my study makes the case that the auction mechanism can be used in both instances.

Putting my own experiences in the housing market aside, why are these findings relevant to the average home buyer? Statistics tell us that 70% of individuals will purchase a house during the course of their lifetimes. Whether it’s thinking about home ownership while still renting, taking the financial plunge for that first single family home, or helping elderly parents sell and move into assisted living, real estate touches each of us at one point or another. That’s why I’m so passionate about this field. The more we can discover about the home buying process, the economics of housing, and real estate in general, the more all of us will benefit in the long run.

Read the paper “How Auctions Amplify House-Price Fluctuations,” under revision with American Economic Journal: Macroeconomics.
Alina Arefeva is an assistant professor in the Department of Real Estate and Urban Land Economics at the Wisconsin School of Business.