What is the foundation to an exemplary international career that includes Fortune 500 experience and an appointment to the top role with the Peace Corps? For Wisconsin School of Business alumnus Aaron Williams (MBA ‘73), the foundation is resilience, risk, friendships, and failure. Williams discussed these themes in a recent keynote address that celebrated International Education Week 2021 and the launch of Williams’ recently published memoir, A Life Unimagined.

The University of Wisconsin–Madison International Division published the autobiography in recognition of the Peace Corps’ 60th anniversary and the longstanding partnership between UW and the agency. The virtual Q&A featured Williams in conversation with former Ambassador Rick Barton. A watch party was held at Grainger Hall and included a livestream of the event followed by a panel discussion with Peace Corps representatives.

Williams’ distinguished career in public service includes leadership roles in some of the nation’s most critical agencies for furthering global cooperation, development, and peace. In his book, Williams reflects on how he has traveled a long way from his working class, segregated neighborhood on the south side of Chicago. After earning his undergraduate degree from Chicago State University, Williams was teaching high school in Chicago when a colleague inspired him to join the Peace Corps. He was the only Black recruit in his class of 70 when he arrived in San Diego in 1967 for his initial tenure in the Peace Corps.

“The real transformative part of my life was the Peace Corps,” says Williams. “The other trainees embraced me and we became kindred spirits. From that moment on, I’ve always trusted my friendships and kept them close.”

He served in the Peace Corps for three years as a teacher trainer in the Dominican Republic, and back in the U.S. on the Peace Corps staff, as a coordinator of minority recruitment. Then, Williams decided he wanted to attain a degree that would position him to work both in business and in government. The Wisconsin School of Business was his next stop.

“I’m so proud to be an alum of the Wisconsin School of Business,” says Williams. “My graduate studies at this great university and my MBA degree were instrumental in launching my career. My MBA was my ticket to the Fortune 500.”

Williams worked for two Fortune 500 companies, International MultiFoods and General Mills, following his graduation from the Wisconsin School of Business and credits those experiences for gaining the invaluable corporate business experience he would carry forward. Over the course of his career, Williams’ journey has carried him in and out of government and in and out of the private sector. Those pivots usually involved risk, but ultimately led to “productive and outstanding career moves.”

“I deliberately chose to work in three sectors during my career—business, government, and nonprofit—because I thought that was the way I could make a difference in the world.”

And that intentionality paid off. Williams’ leadership tenure includes becoming the first Black man to serve as executive secretary of the U.S. Agency for International Development (USAID) and to be appointed to lead the Peace Corps. He also served as USAID mission director in South Africa where he led a billion-dollar foreign assistance program during President Nelson Mandela’s administration.

In his introduction of Williams, Guido Podestá, vice provost and dean of the International Division at UW–Madison, quoted President Barack Obama who appointed Williams to be director of the Peace Corps from 2009 to 2012:

“America was built on a belief that the best progress comes from ordinary citizens working to bring about the change they believe in. Through a lifetime of service, Aaron Williams has embodied the very best of that American ideal.”

“Williams’ book builds off these platforms of inclusivity and curiosity, building bridges between people and sectors and embracing challenges,” Podesta added. “His story is one of service, family, and friendships and how they led to a series of remarkable opportunities.”

Williams shared personal and professional anecdotes during the address and read excerpts from his book, including a section on his rules for life:

• Be kind to everyone.
• Hire the smartest people you can find. Give them far more responsibility than they can handle.
• Don’t get mad if they make a mistake.
• Always acknowledge good work.
• Be flexible in the face of new data.
• Be mindful of how you use relationships to build teams. You never know when a relationship will be the difference between success and failure.

He also described some of his thoughts on leadership:

• We grow most by challenging ourselves, by stepping out of our comfort zone; one should take calculated risks.
• America’s multiracial and multiethnic diversity is one of our country’s great strengths, and so it’s crucial that we seek ways to pursue diversity across all organizations.
• Service isn’t just about a moment in time, service is a mindset for life, and whatever field you choose, you can always find ways to help others.

Williams currently serves on the International Advisory Board at UW–Madison and has previously served on the diversity board for the Wisconsin School of Business. He is a Consortium for Graduate Study in Management alum and has been a guest speaker in WSB’s M. Keith Weikel Leadership Speaker Series. 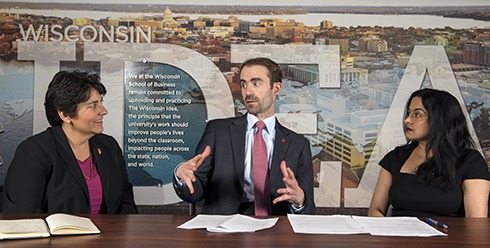 ‘Every Graduate Is a Success Story’: A Consortium Conversation 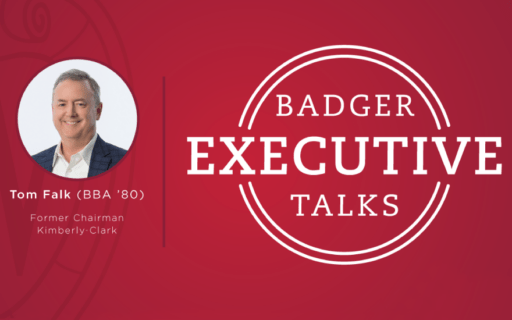 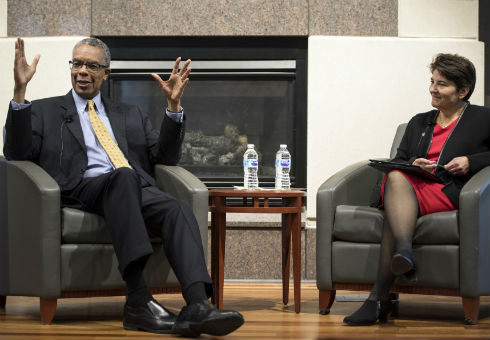