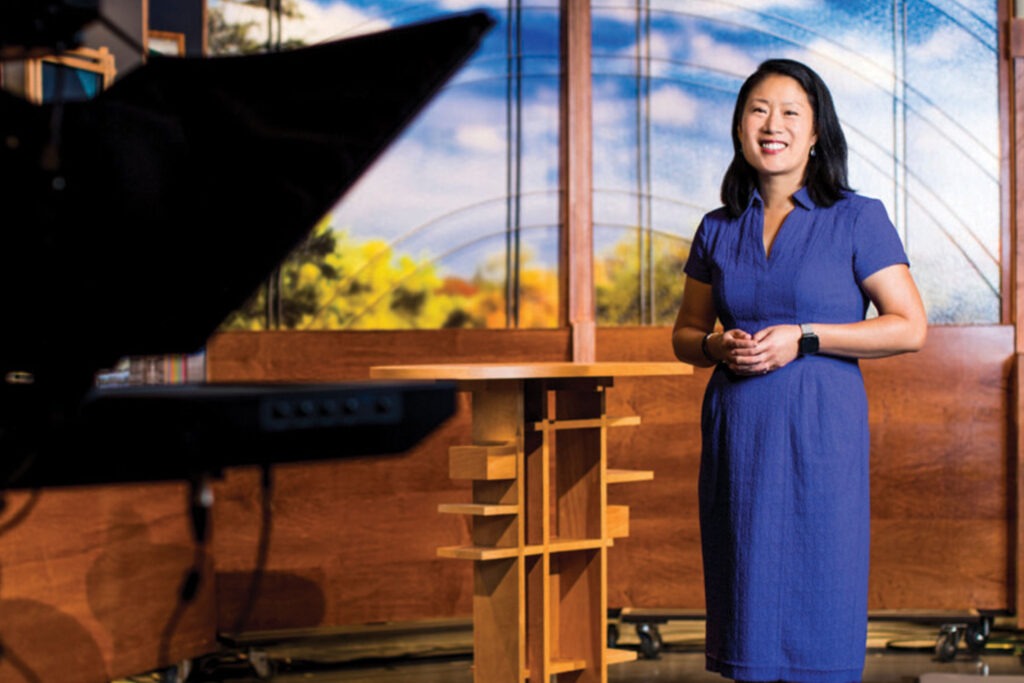 Born and raised in Wisconsin, Alice Ferris (BA ’91, MBA ‘94) figured she’d never leave the Midwest. But the degrees she earned and the connections she made at the University of Wisconsin–Madison led her on a path she never expected.

After completing her Wisconsin MBA in management and accounting, Alice was working in fundraising for Wisconsin Public Television when she landed a job as director of development for Lowell Observatory in Flagstaff, Arizona.

“I’m pretty sure there are two reasons why my résumé ended up on the top,” she says. “One was that the director at the time was a UW alumnus. The second was that I was the only person among all the fundraising applicants who had actually taken two semesters of astronomy.”

In 2001, Alice launched her own consulting business in Flagstaff. The intent was for the business to be a part-time gig, and a way for her to help local nonprofit organizations with fundraising activities, direct mail, and other types of campaign management.

The business, which became GoalBusters in 2006, is now a full-service, national consulting company that focuses predominantly on small and medium nonprofits.

For Alice, serving organizations and working as a fundraising consultant brings her not just a sense of accomplishment, but also great meaning in helping others.

“I feel like throughout my entire career, I’ve tried to go out of my way to reach out to people who I think have promise, and to help people who are really trying hard and just need a little boost,” she says. “I want to help other people succeed.

“As cheesy as that might sound, it is really what has pushed me a lot: helping other people do what they’re passionate about.