The University of St. Thomas Schultze School of Entrepreneurship-sponsored E-Fest returned this past spring as a stage to elevate some of the most promising ventures being developed on college campuses. This year marked E-Fest’s fifth and its first all-virtual format; unlike in previous years, students did not congregate on St. Thomas’ campus but instead presented via video call. As in past years, the student competition was attended by distinguished undergraduate entrepreneurs from around the country who shared their original business plans. After E-Fest organizers reviewed nearly 100 submissions from 59 colleges and universities across the US, several entrepreneurial Badgers were again recognized as top finishers.

One of those students is Marissa Harkness, a Biomedical Engineering student at UW-Madison who, along with her sister, developed a novel way to help teach children to orally ingest pills. Pill Skills seeks to remove the anxiety that afflicts so many who struggle to swallow pills. The Harkness sisters’ business solution is one that empowers users with a systemized approach that includes practice pills, starting small and gradually working up to standard tablet-sized dosages. Judges believed in the potential for Marissa’s venture, too, placing them second in their competitive block and awarding them $2,500 dollars.

As Marissa explained, it was a new challenge, but a welcome one as she and her sister came away from the competition with a better understanding of how to effectively communicate their value proposition:

“My sister and I spent over 50 hours preparing and rehearsing our pitch, and it was an adrenaline rush to be able to perform in front of a panel of judges with experience in the fields of business and entrepreneurship. It was challenging with [my sister] and I attending different universities, so we traveled home the week leading up to the competition to prepare in person.”

Another Badger-led team to receive special acknowledgement among the nearly 100 teams that competed was Boosted Chews by Aditya Parihar and Kit Chow. Boosted Chews are caffeinated chocolate chews that offer consumers an alternative method to supplement their energy needs. As Kit explained in their presentation, while caffeinated confectionary has been a successful niche category since the emergence of AWAKE Chocolate in 2013, competing brands have mostly localized distribution, leaving the Midwest and surrounding region unchallenged. Boosted Chews was awarded a $1,000 investment as a top finisher in third place for its block.

“One of the helpful experiences was definitely getting to bounce ideas off other student entrepreneurs. One portion of the competition was called the Innovation Challenge. It was interesting to have fresh perspectives put towards solving our own business challenges as well as it was working together with new people to solve the challenges presented to us as part of the competition” Kit remarked.

While both teams have promising ideas, their leadership and strategic vision is even more impressive! Those interested can find more information about each team here: 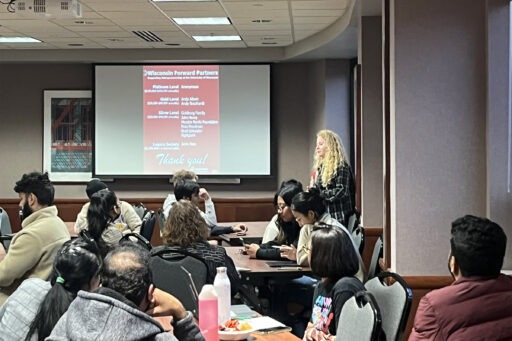 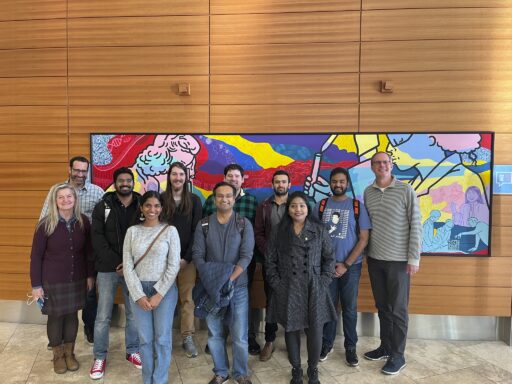 A Behind-the-Scenes Look Inside the University’s Research Hub: MBA Fellowship Trip to the Discovery Building 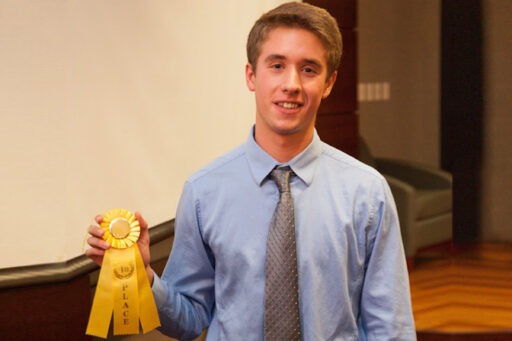 Coming Back to Where it All Began