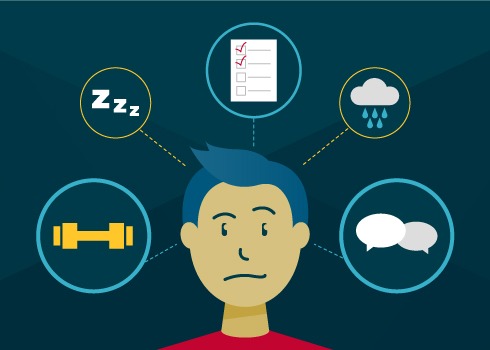 You’re dead tired. It was a long day at work, and although you had every intention of hitting the gym when you packed that workout duffel this morning, it couldn’t sound more unappealing now. At this point, you wouldn’t go if someone paid you.
As it turns out, that may not be far from the truth.
In a study with my co-authors—Mariana Carrera of Case Western Reserve University, Heather Royer of University of California, Santa Barbara, and Mark Stehr of Drexel University—we looked at whether giving people a financial incentive to go to the gym would boost their chances of making exercise a habit. There is a large body of research on effecting behavioral change, but our study was the first to focus on new gym members—catching individuals at a time when they would theoretically be the most motivated. We wanted to better understand how to help people transform resistance into the positive behaviors that would allow them to succeed.
We randomized participants into groups that would receive one of three incentives to go to the gym at least nine times in six weeks: $30, $60, or a participant-selected item worth $30 sold on Amazon.com. Hitting nine visits in the first six weeks would require new members to go to the gym an average of one-and-a-half times per week, which would seem doable given that the average new member stated that they planned to go three times per week. We chose this target because our research on visit patterns for new members at the gym showed that typically only half of them would actually make nine visits in their first six weeks. We aimed to see if a small financial incentive could change that and get more people closer to their goals.

What we found, though, was that none of these three incentives changed how often participants went to the gym. In our initial survey, 95 percent of new members told us they planned on going more than once per week during the six-week period. In reality, only 63 percent hit that average in the first month, and that figure dropped down to 34 percent during the second month. New members were overly-optimistic about their odds of getting to the gym, and we saw this reflected in that steep decline during those initial months.
Structure incentives with care
So what can we extrapolate from these rather dispiriting numbers?
One important thing to note is that what we are learning about here is the ability of a fairly modest incentive to help improve behavior. We should not conclude from this study that incentives do not work generally. We know that in many environments they do, and we suspect even for going to the gym we could devise the perfect program for people that would get them to exercise regularly – think your own personal trainer picking you up at home in a limousine. The issue, though, is that many programs would be so complicated and costly that they cannot be scaled easily as a solution for a broad population. This experiment was testing whether one potentially scalable approach could be helpful.  The answer here was no, and that should give us caution more broadly in thinking that modest financial incentives can be some kind of magic bullet or one-size-fits-all solution.
Our study also carries potential policy implications for the use of financial incentives targeting health behaviors. Companies are looking to improve employee health and wellness and increasingly offer a variety of wellness incentives. Similarly, there are proposals to revise some public programs, such as the Medicaid program here in Wisconsin, to create surcharges for smoking or other health-related behaviors. The discussion of these programs often centers on getting people to change these unhealthy behaviors. However, changing behavior is hard and the evidence, both in our study and others, suggests that many people will be unable or unwilling to change behavior in the response to new financial incentives. As a society, then, we need to confront the fact that implementing incentives may be rewarding those who are already healthy and penalizing those who are unhealthy without actually changing behavior.  Many of us who smoke or overeat, for example, want to change our behavior but struggle mightily to actually do so. Our study is adding to a growing body of research showing that highlighting or even increasing the incentives to make healthy changes is often not enough, even when people are highly motivated and engaged, as was the case with the new gym members in our study.
To end on a more positive note, though, I want to highlight that while this study may have disappointing results, it is part of the progress of science. In the past, much of the policy focus in health behaviors was on information and awareness campaigns. Through experiments and scientific testing we have learned, and continue to learn, a lot about the limits of that approach and the cases where it is effective. Over time, those studies spurred an interest in using more targeted incentive approaches. We are still learning about that, but a decade of research in that area has also helped to clarify the challenges we face in using the incentive approach and highlighting a few areas where it seems very promising. My personal hunch (though the science will tell over time!) is that we will make some real progress in the relatively near future by gaining a better understanding of how we change mindsets.  That is, I think the research to date is suggesting that we need to find a way of turning “I should go exercise (but deep down don’t want to right now)” to “I want to go exercise.” As we learn more about how to do that effectively, I think some of the other information we are learning about how best to provide information and how different incentive programs work can be combined to make real progress on helping people lead healthier lives.
Read the working paper “Can Financial Incentives Help People Trying to Establish New Habits?” published by the National Bureau of Economic Research.
Justin Sydnor is the Leslie P. Schultz Professor in Risk Management and Insurance and an associate professor in the Department of Risk and Insurance at the Wisconsin School of Business.