“We are looking through an equity lens to ask, ‘Where are the barriers for our students?’” says Jim Franzone, assistant dean of WSB’s undergraduate program. “Whether their mom is a CFO at a Fortune 500 company and they were directly admitted or they come to UW–Madison without knowing what to major in, we want all students to have the same chance at success.”

Recent donor investment has helped the Wisconsin School of Business deepen its commitment to DEI by recruiting and supporting more students from populations traditionally underrepresented in business education.

Recent philanthropic investments position WSB to build on DEI efforts already in place. A major effort to build a more diverse student body began in 2016 with the donor-funded Business Emerging Leaders (BEL) Program. The pre-college program brings top students from diverse backgrounds to WSB for summer programs beginning after their sophomore year of high school, and offers full-tuition scholarships to those who successfully apply to UW–Madison and major in business.

There are currently 56 BEL scholars now enrolled at WSB. Those from the program’s first year are juniors now focusing on their plans beyond college.

Jordan Kennedy (BBA ’22) came to WSB with the first cohort of BEL scholars. The program helped Kennedy and his classmates learn about options for business careers, get ready for the ACT, understand business majors, prepare college applications, get to know UW–Madison, and build a network of their peers. They also made visits to employers such as Target, Google, and Trek.

“I knew I wanted to go into business, but BEL helped me figure out where I fit best,” says Kennedy.

Kennedy is a finance, economics, and risk management major and has already had internships with Baird, Bain & Company, and Barclays. He will have a summer internship as an analyst at Blackstone.

“BEL helped me narrow my scope of what I could study,” he says. “Then I could pursue what I wanted with more fervor without having to explore a wide range. I was able to go through that thought process before I came to campus.”

BEL has laid a strong foundation, and WSB is committed to increasing the diversity of the student body.

Scholarships play a big role in students’ decisions about where to attend school, especially among top students who have been accepted to WSB and other leading business schools. Recent gifts to establish new four-year scholarships have enhanced WSB’s ability to attract and yield top students, particularly those from underrepresented populations.

WSB’s undergraduate program was in a position this spring to offer more than 70 four-year scholarships for incoming first-year students directly admitted to the School for Fall 2021, compared with an average of five to eight scholarship packages in previous years.

“This is the power of philanthropy,” says Kevin Zalanowski, director of admissions and recruitment for the Undergraduate Business Program. “When you go from a half dozen to more than six dozen four-year scholarship packages, that’s a paradigm shift for bringing top students to the Wisconsin School of Business.”

The increase in scholarship opportunities is driven largely by the generosity of WSB alumni and donors—like Kirk Larsen (BBA ’93) and Kristine Cherek (JD ’97), who recently established a four-year tuition scholarship for a student from an underrepresented population. They had given to the School and university in the past but wanted to do more. As issues of social justice and diversity came to the forefront in 2020, the couple believed this was an area where they could help make a difference.

“The single greatest investment my parents made for me in life was education,” says Larsen, CFO at Black Knight in Jacksonville, Florida. “We don’t have kids to put through college, so we thought we could make that same investment in someone else. We wanted to be part of helping someone who might not otherwise be able to go to school.”

The couple know that some students might come to WSB more familiar with business by simply growing up around it due to family and friends’ careers, an advantage that other students might not have. That realization inspired Larsen and Cherek to support equity initiatives, they said.

“We started thinking about how we, on some level, could help level the playing field for some of these kids who aren’t born with these connections,” says Cherek, who was a first-generation college student.

Beyond scholarships, WSB is investing in new support services to ensure the success of each and every Business Badger.

“Just getting people to campus is not enough,” Franzone says. “We want them to be successful in school and also as they transition out of school.”

In Fall 2021, a new student success initiative will launch with increased staff to work with students to ease their transition to college. Success coaches will connect students to educational and personal resources as needed while also following up with them, building on the work that academic and career coaches are already doing.

WSB has also created a new student life position focused on diversity and inclusion, has increased efforts to recruit diverse faculty and staff, and has begun plans for a multicultural student center in Grainger Hall.

Meredith Frese (BBA ’09) and her husband, Calvin (BBA ’08), recognized a need to ensure equity, not just in education but in the business community. Their gift can be used at the School’s discretion to support new student success initiatives.

“What I liked about this opportunity was the ability to matrix two things I would otherwise care about independently—diversity, equity, and inclusion and the Wisconsin School of Business,” Frese says. “To put those together was really special.”

Frese works in commercial real estate, as vice president at CBRE in Chicago. She would like to see more diversity in her industry, but knows that can’t happen if it isn’t in business schools first.

“Being able to contribute to WSB’s DEI efforts helps create a pipeline that quite frankly I want to see come work for my company,” she says. “Businesses can do all they can, but the higher education pipeline is really important.”

All of these DEI efforts align under Roadmap 2025, WSB’s strategic plan. Dean Vallabh “Samba” Sambamurthy has a vision to see diversity, equity, and inclusion become part of the School’s DNA, and thanks to the donor community, that vision is well on its way.

“I was really impressed with Dean Samba’s approach to diversity, equity, and inclusion,” Frese says. “I think he has a really great multi-layered approach that is important to support.”

Back to issue Next: Fostering Faculty Excellence 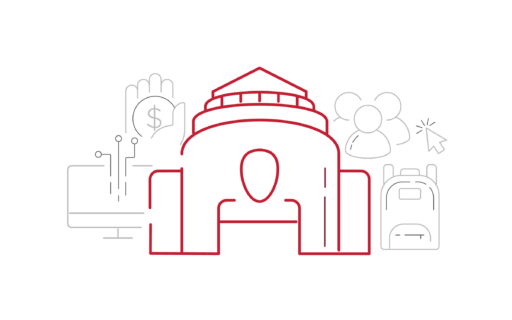 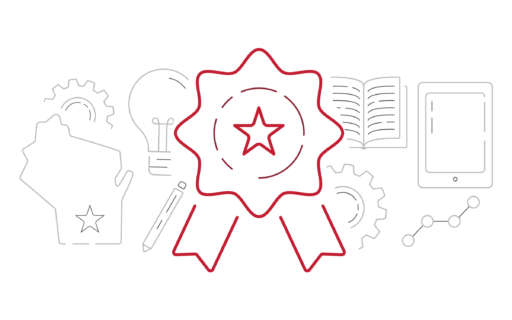 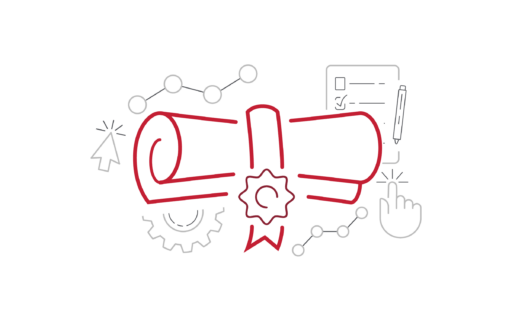