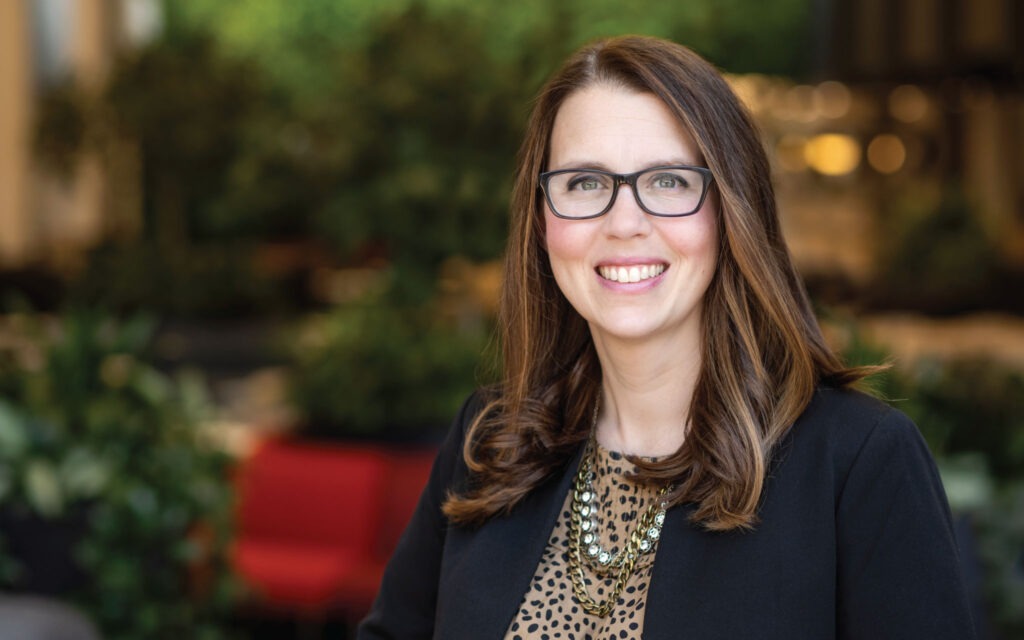 Berit Bauer (BBA ’05) first stepped foot into a Target store as a team member nearly 25 years ago and was immediately captivated by the retail world she discovered there.

“The curiosity that has shaped my professional career is grounded in the 16-year-old who was interested in all the elements of the store,” she says.

That inquisitive spirit inspired her to pursue a marketing degree from the Wisconsin School of Business at UW–Madison, which ultimately lead her back to the Minneapolis-based chain where it all began.

She wouldn’t have it any other way.

Since graduating, Berit has held numerous positions throughout Target’s corporate operations, including buying, merchandising, and inventory management roles. In her current position as vice president of store operations, she serves as a liaison between key company partners and more than 350,000 team members in 1,900 U.S. stores.

While the work roles may have changed over the years, Berit’s overall approach to she gets the job done has not—and she’s got her dad to thank for that.

“He always said, ‘Be a leader. Think about those around you and not yourself,’” she says. “Those words are part of my earliest memories and still guide me today.”