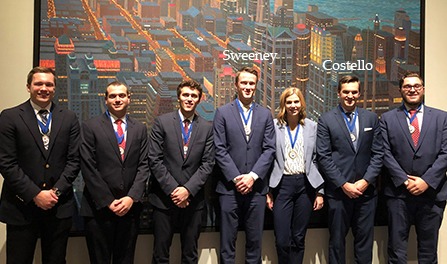 Two Nicholas Center Analysts, Thomas Costello and Patrick Sweeney, were members of a team of UW-Madison undergraduates that competed in the regional Federal Reserve Challenge held at the Federal Reserve Bank of Chicago. The mock monetary policy presentation “Macroeconomic Outlook on the Economy and Their View of Future of Monetary Policy”, was presented to a panel of Federal Reserve economists who are experts on macroeconomics and monetary policy. The students defeated teams from the University of Chicago, Northwestern and other Midwest universities, advancing to the national competition where they will compete with schools like Harvard, Princeton, Dartmouth and Virginia. This represents one of the first times in several decades that UW-Madison has advanced to the national competition.  Congrats to Thomas and Patrick!

Financial Planning and Analysis Role: What is it?