Q: What are we seeing right now with gas prices and the crisis in the Ukraine? Why are gas prices so intertwined with global events? 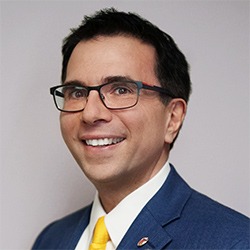 A: The price of gas has risen considerably since the Russian invasion of Ukraine: It’s not an uncommon phenomenon when there’s political turmoil—and, even worse, war—that may disrupt the supply of oil. Interestingly, in this case Ukraine is not the oil producer; Russia, the aggressor, is. But as governments around the world are looking for other suppliers (like Canada did, stopping all imports of Russian crude oil), as oil companies divest from Russia (like BP and Shell did), as Russian oil companies suffer the brunt of sanctions (like Gazprom, the parent company of the inoperative Nord Stream 2 pipeline), as Russian ships are barred from ports and Russian banks are excluded from the payment system that makes international trade possible, the price of oil—and subsequently the price of gas—is affected.

Part of the reason prices are affected is an actual supply disruption, but the other part is due to the hoarding of crude oil by oil companies willing to pay a premium price to stockpile it just in case there’s a future, even more severe or long-term supply disruption. It’s not unlike the reason some people bought 100 double rolls of toilet paper in April 2020 “just in case.” In the short run, those jitters mean higher prices at the pump and even higher inflation driven by higher energy prices. But even those increases will vary geographically; some European countries, for example, are far more dependent on Russian energy than others (and should count themselves lucky that winter is just about over and the demand for heating oil will plummet). The U.S. will see even smaller increases in the price of gas, and they will likely be short-lived unless the war escalates further.

This is a good time to put things into perspective: No one likes to pay more at the pump or at the grocery store, and lower-income people are hit harder by such increases. For some of us, it’s just an inconvenience, and for others, it’s a real hit to their already tight household budget. But none of us in the U.S. is dealing with foreign troops and tanks rolling down our neighborhood streets. We’re not afraid of a cruise missile hitting the local children’s hospital and our teachers, accountants, and bus drivers haven’t had to pick up an anti-tank missile and assault rifle and prepare to die as they defend themselves from Russian invaders. If punishing sanctions on Russia mean paying more at the pump, it’s well worth the sacrifice. After all, it’s nothing compared to the blood sacrifice of the brave ordinary citizens of Ukraine. Let’s have empathy, support those whose lives and freedom are in peril, and let’s count our blessings.

—Moses Altsech is a lecturer in the Department of Marketing at the Wisconsin School of Business and the president of Moses Altsech Consulting. Watch Altsech’s recent interview with Channel 3000 on gas prices and the Ukraine.